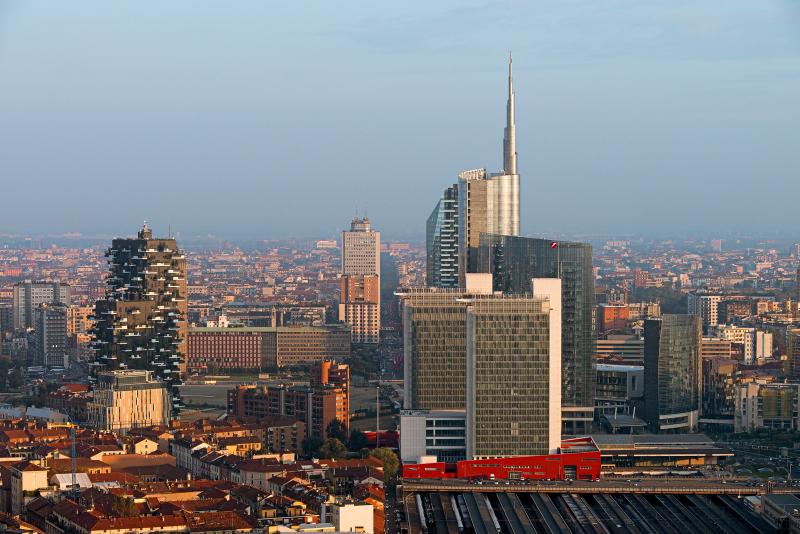 Milan or Milano is the capital of the Lombardy region, and the most populous metropolitan area and the second most populous commune in Italy.

Milan is a leading global city, with strengths in the arts, commerce, design, education, entertainment, fashion, finance,healthcare, media, services, research, and tourism. Its business district hosts Italy's Stock Exchange and the headquarters of the largest national and international banks and companies. The city is a major world fashion and design capital, well known for several international events and fairs, including Milan Fashion Week and the Milan Furniture Fair.
The city hosts numerous cultural institutions, academies and universities, with 11% of the national total enrolled students.

Milan's museums, theatres and landmarks (including the Milan Cathedral, Sforza Castle and Leonardo da Vinci paintings such as The Last Supper, a UNESCO World Heritage Site, attract over 9 million visitors annually.Milan is the second Italian city with the highest number of accredited stars from the Michelin Guide. The city hosted the Universal Exposition in 1906 and 2015. Milan is home to two of Europe's major football teams, AC Milan and FC Internazionale.
comune.milano.it